Finding yourself in a battle you didn't even ask for? How should we respond?

Have you been hurt (like out of nowhere, unprovoked as far as you can tell, and in a BIG way) by someone from whom you never ever expected.  Sometimes, people especially the ones you thought you could lean on can be the ones that hurt you the most.

TODAY you aren't getting my typical newsletter. Mostly I want to keep everyone up to date on what's happening at The Drifted Drum Co. and give you splashes of inspiration.

I've been a little silent lately and now you get THIS!!

I know I'm not the only one who has been FIGHTING a battle lately, and if you don't need this message, DON'T unsubscribe, simply delete and have a blessed day and the next newsletter will be a bit different. BUT in case you ARE in a battle and DO feel a little weary, THIS IS FOR YOU!!! READ ON.

Recently I have gone through an insanely difficult situation. I felt betrayed, taken advantage of, abandoned, and alone in the fight against what felt to be the world. It truly caused me to evaluate how a Christian should handle conflict.

I was angry. Is it ok to be angry as a Christian?

When the Bible speaks of turning the other cheek, are we supposed to allow offenses to just continue then and forgive over and over and over at your own expense and to my dismay the expense of the ones I love most.

I had to fast and pray earnestly to be as God would have me to be. King David was brought to my attention. I feel I’ve learned so much from him lately. He may have seemed confident in his abilities as a young man but it was truly that he had full confidence in God’s abilities and that God would not fail him. And he knew that at times, God would need to use him as an instrument to overcome the things that came against him but he was fearless because he knew that God would prevail.
His God was bigger than his enemies AND He would not fail him.

Most have heard the story of David slaying the giant, Goliath. It's even referenced sometimes in secular context to remind us that even when we are small if we are determined and fearless, we can defeat our biggest challenges.

BUT the story is much more powerful than that. It is true that we are often capable of much more than we imagine and we should recognize our own strength and ability when we are faced with big hurdles or big adversity. More than that though, we must be reminded of the strength that God has when we trust him with our life. 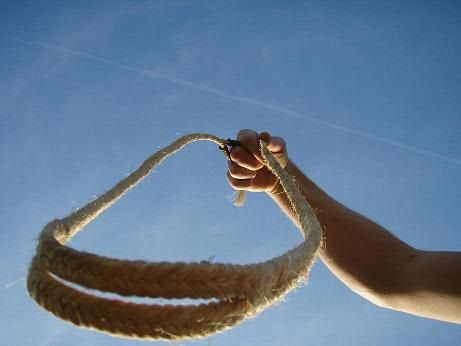 David was just a teen the story tells. He was watching the sheep in the field while his big brothers went to battle. His father sent him to check on his brothers and bring them food and supplies. They were known to be strong warriors, and he found them at the frontlines. The King was determining what to do next. Who would fight the renowned ruthless giant? The army was apprehensive. This was not an opponent you could take lightly.
When David volunteered, everyone was skeptical. His brothers’ armor was too big and heavy for him to even wear and the weapons to heavy and burdensome to swing. But he argued that he had killed a bear and a lion before to defend his sheep, and he was not afraid.

He stepped out. As the opposing army jeered and yelled, he squared off with this giant heartless foe decked in armor and wielding a sword. Somewhere between a child and a man, this young shepherd was not deterred from the fight. He wasn’t afraid. For this battle, he didn’t even have to fight. He didn’t fight with strength, battling with clanging swords, quick on his feet, dodging the slashes through the air. He was ready with a simple leather sling and a stone.

His trust in God was unwavering. He was not intimidated by this giant. He knew that he didn’t have to fight this battle. God would, and truly his God was greater than his enemy. It took one stone.
One throw with a rock to his forehead and his opponent fell to the Earth in a thunderous thud.

The crowd must have been in shock. Probably silent with disbelief for a long moment, and then I imagine the Philistine army’s outcry as they realized their mighty giant warrior was dead where he stood and all because of this kid. I imagine the joyous uproar erupt from the army behind him.

No doubt his brothers were the most surprised at what they had just witnessed unfold. No matter how hard of a time they typically gave their annoying kid brother, I know they had to have swooped him up that day in triumph and pride.
David came to the line of the battle with humble courage. All of his pride lay in what God would do.

He didn’t try to fight the battle on his own.

I think about how many times I try to fix things on my own. I think that I won’t have to ask God for help if I can just use the abilities he gave me to do it on own. That’s where it gets tricky...
It’s not because I’m prideful, wanting the credit. Maybe I just think that I will be able to rush things along rather than waiting on God. Many times, he lets me try, and many times, I even win. But in facing my giants, I’m realizing that God wants me to grow my faith and reliance on him as much or more than my wisdom or physical abilities.

My faith and His unfailing power will take me farther than my own abilities ever will.

And am I the only one who insists on learning the hard way? Even over and over again?

In my recent situation, I realized that I was getting impatient in my faith. I had been praying and praying that God would relieve my difficult circumstances, but I couldn’t quite seem to let go. This offense continued for months.

Finally, I decided I would embrace the power of the fast. I dug in my spiritual heels and said I’m fasting for 24 hours until I see a mountain move. On the first day of the fast, Satan showed out. He tried to come at me with fear and hate. I remained prayerful.

On the second day, I decided that I would fast indefinitely. I would literally not eat one solitary bite until I saw evidence of positive resolve, waters parting, mountains moving. I prayed, “God, I have done everything that I possibly can to make this better and it’s not better.” So I’m waiting on you. I will say what you want me to say and that’s all and then I will wait.

And that’s what I did. It was only a little more than 24 hours and I saw movement. Enough to give me peace. I heard preacher Josh Herring recently say that fasting, a sacrifice in the physical, shakes up the spiritual. It causes disruption and worry in the world of evil because we believe that our spirit is both stronger and more important than anything we feel in the flesh.

The next few days still weren’t easy. It was tense. There was conflict. There were still hard feelings from some. But I continually prayed for peace and resolve and that somehow God would bless me through it. I didn’t want to feel resentful or regretful for doing something out of kindness or his name. I didn’t want to forget the sacrifice I made had been in love. I didn’t want Satan to distract me from the blessings I have to come.

The reaction we must choose is not the always the one that is easiest, and just because you make the choice that’s hard doesn’t mean the war is over.
For me, it meant one of the battles were won, but I was still in a waiting period. My fight wasn’t over. And I am perpetually reminding myself that sometimes like David, God doesn’t want me to swing a sword, or try to fix things on my own. It is in the waiting where we must listen for his voice.
It is in the waiting where fear and angst try to creep in. Satan wants to distract us from our purpose, our Godly mission. Sometimes the battle is a sign of a breakthrough of blessings to come. Hold fast and cling to peace in the spirit. Your faith will grow! You will have breakthrough!

Know that we must grow in the periods of uneasiness. Our faith is tested but do not waiver. Remember who your redeemer is and cling to the promises in his word. We must continue to believe he does not abandon us and that his plans are for us are not for doom and despair. He will have victory every time, and in his will, so will we!

I pray for your patience and peace in your battle today. I pray that you remember where your strength lies and that God will move in a speedy and mighty way.